Trailblazers Come in Many Colors

A trailblazer is a pioneer or someone who is considered a first in their area of expertise. As leaders, they point the way, take the risks, and change the environment. They have a vision for a different future, a faith that turns their dreams into reality, and a determination that cuts through barriers and obstacles. They aren’t just men!

In both American and Minnesota history, there have been many women of color trailblazers. If you can’t think of many or any, we have numerous great stories for you.

Suffrage Stories – In MN & Beyond

Since 2020 is the 100th anniversary of the 19th Amendment, we thought the Suffrage stories should be the first we’d share.

In November of 2020, the state and National elections brought us new Trailblazing events and accomplishments we want to honor. We decided to include a tribute to three women Trailblazers in particular—Kamala Harris, Stacey Abrams, and Ruth Bader Ginsburg. 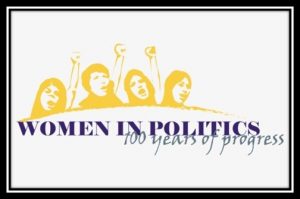 A second woman of color, Stacey Abrams, is among the 329 individuals and organizations nominated for the Nobel Peace Prize in 2021. The winner will be announced in October. Read about Stacey Abrams on the Abrams Increases Voters page.

On September 18, 2020, we lost a woman who was a trailblazing Supreme Court Justice. Although in 1993, she was the second woman appointed to the court, she was the first woman of the Jewish faith on the court. Read about her on the RBG Inspired Us All page.

In the United States, we are finally electing women at record rates. In this Trailblazers update, we will look at women elected or appointed to office. We will highlight women from MN in the three branches of government both in our state and nationally. In addition, we will include “firsts” from other states and even a few from around the world. We have included many Trailblazers outside our usual color lens because women of color are only beginning to take their seats at the table at many levels.

Check out the MN Fast Start Stalls for 50 Years page for how we’ve done getting our women elected or appointed to office.

Starting on the Women Chosen Across America page, we take a look at how women fared in other states with their election to state and National offices. We take a look at historic firsts for elected women nationally before the 2020 election and in it. We also share the important appointments of women made by our Presidents. In our American coverage, we round out things with stories of women jurists from very local levels to the federal level.

For this segment on elected and appointed women, we also widen our lens to a global view with our Elected Women Worldwide page. We also took a look at how women have fared in the field of diplomacy on the Global Women Ambassadors page.

Important stories of Minnesota women of color are woven throughout our state’s history. At MN NOW, we will continue to gradually add new sections with more inspiring stories. Most will be MN women of note, but there are many other women’s inspirational stories we just can’t leave out.

If you have suggestions for other additions to the Trailblazers’ content or comments, you may send them to MNValleyNOW.alta@gmail.com.