Wyoming claims a pre-19th Amendment judicial appointment of a woman in 1870. Esther Hobart Morris was the first woman justice of the peace in the United States. She began her tenure as justice in South Pass City, Wyoming, on February 14, 1870, serving a term of nearly 9 months. The Sweetwater County Board of County Commissioners appointed Morris as justice of the peace after the previous justice, R.S. Barr, resigned in protest of Wyoming Territory’s passage of the women’s suffrage amendment in December 1869. Source: Wikipedia – Esther Hobart Morris.

There seemed to be a quick start to judicial appointments after passage of the 19th amendment but then a long dry spell. Although some states admitted women to the bar in the 1800s, barring women from practicing law wasn’t prohibited by U.S. law until 1971.

In the early 1920s, women began assuming judgeships, through both appointment and election. One such woman was Mary O’Toole, who became the first woman municipal judge of the United States, when she was appointed Judge of the Municipal Court of Washington, D.C. by President Harding in 1921. Source: Wikipedia – Mary O’Toole.

Florence E. Allen became both the first woman to be elected to the positions of general jurisdiction court in 1920 and the first female state appellate judge through her election to the Ohio Supreme Court in 1922.  She was one of the first two women to serve as a United States federal judge. In 2005, she was inducted into the National Women’s Hall of Fame. Source: Wikipedia – Florence E. Allen.

In 1914, Georgia Bullock, had been appointed the “woman judge” in Los Angeles. She was in charge of a court segregated by sex where “she would serve as a model of Victorian ideals of womanhood for female misdemeanants.” In 1926, following a reorganization of the state judiciary, she became a Los Angeles municipal judge. In 1927, she ran against and beat a male opponent to retain her position. In 1928, she ran for superior court but lost. In 1931, Republican governor James Rolph Jr. appointed her to a vacant seat on the court, making Bullock the second woman in the country to sit on a court of general jurisdiction. She was repeatedly reelected to her seat in elections in 1932, 1938, 1944, and 1950. She retired in 1956. Source: Wikipedia – Georgia Bullock. 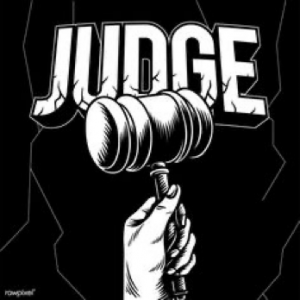 In 1981, Sandra Day O’Connor was nominated by President Ronald Reagan to be the first woman US Supreme Court justice. The Senate confirmed her unanimously. Besides a career in law and as a justice, she was the country’s first woman majority leader as a Republican in the Arizona Senate. She did not always express the opinions one might expect for a Republican-appointed judge, and sometimes supported abortion rights—as when she voted against a requirement that women tell their husbands before aborting—and campaign finance laws. She retired in 2006 to take care of her Alzheimer’s-afflicted husband. Source: Wikipedia – Sandra Day O’Connor.

Born in the Bronx to Puerto Rican parents, Sonia Sotomayor was the US Supreme Court’s first Latinx justice. She says the TV show Perry Mason inspired her legal career, which started with top honors at Princeton University and  a law degree from Yale. She was appointed to her first judgeship by President George H. W. Bush (a Republican) in 1991, then to the US Court of Appeals by President Clinton (a Democrat) in 1997, and eventually as the third female US Supreme Court justice by President Obama (a Democrat) in 2009. Source:  Wikipedia – Sonia Sotomayor.

Jacqueline Hong-Ngoc Nguyen She came to the US in 1975 as a child, fleeing the fall of the South Vietnam government with her parents and five siblings. They lived in a refugee camp on a military base before moving to Los Angeles, California. After graduating from law school, she worked for California’s Central District US attorney and then became the country’s first federal judge to come from Vietnam. In 2011 she was nominated by President Obama to the US Court of Appeals, making her the first Asian American woman to serve as a federal appellate justice. While she is generally neutral on many political issues, she is a strong advocate for increasing racial diversity in the US legal community. Source: Wikipedia – Jacqueline Nguyen.