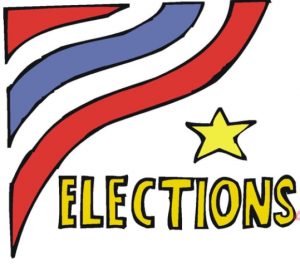 Four women were elected to the Minnesota legislature in 1922, and the number briefly reached five in 1927 before shrinking to none in 1945 and one in 1951. The number varied from two to three seats in the years that followed, but there was just one woman legislator 20 years later.

All women who have served in the MN House of Representatives and Senate from 1923 to 2021 are listed on this MN Legislative webpage.

In 1971, anger mounted, the nonpartisan Women’s Political Caucus was organized, and six women joined the legislature in 1973. The number of women gradually increased over the nearly 50 years since then.

Today, there are 72 women (still less than 30 percent) in the MN legislature. This year there are 21 women in the Senate (of 67 total members) and 51 women are in the House (of 134 total members). The House has 38 Democratic women and 13 Republican women. The Senate has 7 Republican women and 14 Democrats. This year there are 11 women who are serving their first term and four new women in the Senate.

We share the individual stories of the first elected women after 1920 and those of other more contemporary Trailblazing women MN legislators of color on the State Legislators page.

In National appointive offices, a Minnesota woman got a five-year head start on any MN women being elected to a National office. Eugenie Anderson (DFL) of Red Wing was appointed the first US woman of ambassadorial rank. Learn more about Mrs. Anderson on the MN Woman First US Ambassador page.

It was 1954 before Minnesota sent its first woman to the US Congress. She was Coya Knutson, a two-term Republican legislator from the Red River Valley.

Not until 2000 was another Minnesota woman, Betty McCollum (DFL) of St. Paul, elected to Congress. Michele Bachmann (Republican) of Stillwater joined her in 2006. The same year, Amy Klobuchar (DFL) became the first woman elected to serve as a US Senator from Minnesota. Muriel Humphrey Brown (DFL) was appointed to replace her husband and served several months in 1978 but chose not to stand for election. Now both our senators are women with the selection and then full election in 2020 of Tina Smith (DFL).

In 2018, Minnesotans elected Ilhan Omar (DFL) and Angie Craig (DFL), who both broke into Trailblazer ranks with their 2018 elections to the US House of Representatives.

Another woman, Michelle Fischbach (Republican) was elected to the US House in 2020 but there were no additional women of color or gender diversity added to our US representatives. However, the 2020 election brought—at least temporarily—a 50/50 balance of gender in our representation of eight members in the US House of Representatives. Read the stories of these women Trailblazers on the 21st Century Breakthroughs Nationally page.

The only statewide elective office held by a woman before the 1970s was that of Secretary of State. In 1952, Virginia Holm (Republican) was elected for one term to succeed her husband. On the ballot, she appeared as “Mrs. Mike Holm.” Joan Growe (DFL) was elected MN Secretary of State in 1974 and served for 24 years. More recently, women also have held the offices of state auditor and attorney general. Read about these women on the Statewide Tradition Starts in the 1970s page.

Many woman in Minnesota have stepped up as elected officials in their counties, cities, and towns. We take a look at some Trailblazers in these locations on the Leading Local Communities page.

In 1921, on the heels of making women voting citizens, the Minnesota legislature admitted them to jury service and to duty as deputy sheriffs. By 2010, however, less than a third of district court judges in the state were women, and until 1977, the state’s Supreme Court was entirely male. Learn more about MN women jurists on the Women Provide Justice page.

There are no upcoming events at this time.