We found Minnesota women judges “first” on Wikipedia’s list of first women lawyers and judges in Minnesota. We are only providing information on judges in this Election-related segment. We plan to share the wonderful stories of MN women trailblazing lawyers in a future update. 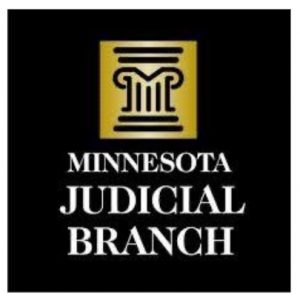 Eleanor Nolan was briefly a special municipal judge in Brainerd in 1940, but Betty Whitlock Washburn is generally considered the state’s first female judge. Washburn was named a municipal judge in Hennepin county in 1950 by Gov. Luther Youngdahl. Source:  MN Women in History.

Diane Murphy became the first woman to serve on the United States Court of Appeals for the Eighth Circuit. She served from 1994 to 2016 when she went into semi-retirement. After her death in 2018, the United States federal courthouse in Minneapolis was renamed in her honor. Source: Wikipedia – Diana E. Murphy.

Regina Chu became the first Asian American female judge in Minnesota in 2002 when she was appointed by Governor Ventura. She has been re-elected repeatedly and continues to serve in the 4th Judicial District which covers Hennepin County. Source: MN Courts – Biographies.

Susan N. Burke became the first Japanese American female judge in Minnesota when she was elected in 2004. She serves in the 4th Judicial District which covers Hennepin County. Source: MN Courts – Biographies.

Margaret Chutich was the first openly LGBT female appointed in 2016 as a Justice of the Minnesota Supreme Court. Source: Wikipedia – Margaret Chutich.