Fifty years after the first female member of the U.S. Foreign Service, Lucile Atcherson, was admitted in 1922, women still made up less than 10 percent of the diplomatic corps. The highest assignment Atcherson attained was to be assigned Third Secretary of the Legation in Bern, Switzerland, on April 11, 1925. 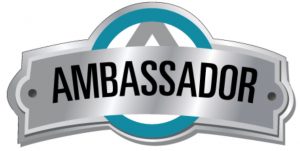 Diplomatic Service That Is Representative of America

The Foreign Service Act of 1980 mandates a diplomatic service that is “truly representative of the American people throughout all levels of the Foreign Service.” State Department leadership has acknowledged the benefits of a diverse workforce and demonstrating U.S. values to other countries through its people. However, true representation remains elusive. Eighty-two percent of current Foreign Service Officers (FSOs) are European-Americans and they held 86 percent of senior staff positions at State about five years ago.

However, it is interesting to look at the history and number of female US ambassadors assigned to each country since we established relations with that country. This information was updated last in 2016: Female US Ambassadors.

Women Ambassadors or Chiefs of Mission

In further research, we find the following sampling of women who served as ambassadors or chiefs of mission.

Ruth Bryan Owen lived a life of firsts. She was the first woman elected to represent Florida in Congress, where she would be the first woman to serve on the U.S. House Committee on Foreign Affairs. In 1933 Owen was appointed the first female chief of a U.S. diplomatic mission.

Eugenie Anderson was appointed as U.S. ambassador to Denmark in 1949, becoming the first woman to hold the rank of ambassador. Read more about her on the MN Woman First US Ambassador page.

Determining whether to call Ruth Baker Owen or Minnesota’s Eugenia Anderson the first female ambassador took a bit of research on diplomatic rank. The current system of diplomatic ranks describes the differences. An ambassador is a head of mission who is accredited to the receiving country’s head of state. They head a diplomatic mission known as an embassy, headquartered in a chancery usually in the receiving state’s capital. A minister was a head of mission who was accredited to the receiving country’s government. A minister headed a legation rather than an embassy. After World War II, the embassy became the standard form of diplomatic mission, and the rank of minister is now obsolete. Ruth Baker Owen was appointed prior to WWII and Eugene Anderson was appointed after. You be the judge of who gets the “first” title. Interestingly, their first assignments were both to Denmark.

Born in Prague, Madeleine Albright immigrated to the United States as a child with her family. In 1993 she was appointed ambassador to the United Nations  and served in the position until her appointment as secretary of state in 1996, becoming the first woman to hold that position.

In 1965, President Lyndon Johnson appointed Patricia Harris as U.S. ambassador to Luxembourg. She was the first woman of color appointed as an Ambassador. She was later appointed as a Cabinet Secretary and appears on our Presidential Cabinet Picks page.

Another ambassador of color was Mabel Murphy Smythe-Haith. She served as Ambassador for the United States in the late 1970s to Cameroon and later Equatorial Guinea, as well as the Deputy Assistant Secretary of State for African Affairs.

In addition, we include Nikki Haley in this group since she is also a woman of color who recently served as Ambassador to the United Nations under President Trump. She appears on both the Presidential Cabinet Picks and Historic Firsts in US pages.