In statewide elected offices, MN women didn’t get a chance to serve until 50 years after the passage of the 19th amendment. Women of color had their first Trailblazer elected just in 2018. She is our Lieutenant Governor. 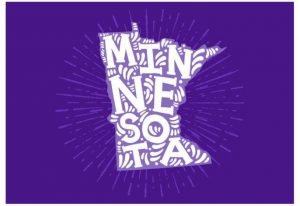 Here’s the complete consecutively serving line up of women Lieutenant Governors starting with the 1982 election.

Marlene Johnson (DFL) served as the 42nd lieutenant governor of Minnesota, the first woman to hold the office. She served from 1983 to 1991. Source: Wikipedia – Marlene Johnson.

Joan Dyrstad (Independent-Republican) was the 43rd lieutenant governor of Minnesota, serving from January 7, 1991, to January 3, 1995. In 1994 Dyrstad ran for the U.S. Senate but lost in the Independent Republican primary.

The Independent-Republicans of Minnesota (I-R) was the name of the party from November 15, 1975, until September 23, 1995. The name change was made because the “Republican” name was damaged by the Watergate Scandal. Polls conducted in the early-mid-1970s indicated people in Minnesota were more likely to vote for a candidate who identified as an “Independent” versus a “Republican”. During that time, the state party became more dependent on grassroots fundraising and apparently eventually went bankrupt. After the national party pumped money into the party, in the early-mid-1980s, their image and base began turning more conservative. During this time the party had both U.S. Senate seats and briefly held control of the state House of Representatives. By 1994, the grassroots had turned socially more conservative and changed the name back in 1995. Attempts to drop the term “Independent” had been defeated in 1989, 1991 and 1993. Source: Wikipedia – Joanell Dyrstad.

Joanne E. Benson was the 44th lieutenant governor of Minnesota, serving from January 3, 1995, to January 4, 1999. An Independent Republican, she was elected with Governor Arne Carlson. Benson is a former Minnesota state senator noted for being somewhat more conservative than the moderate Carlson.

Benson ran in the 1998 Republican primary for governor, starting off as the front-runner. But despite her attempt to amass enough support within the GOP establishment to ward off any primary challengers, a late entrant to the race, St. Paul Mayor Norm Coleman, garnered enough delegates to win the Republican endorsement at the state convention. Placing third in the race for delegates behind Coleman and Allen Quist, Benson agreed not to challenge Coleman in the primary. He won the nomination but lost the general election to the Reform Party nominee, Jesse Ventura. Source: Wikipedia – Joanne Benson.

Mae A. Schunk (Reform) served as the 45th Lieutenant Governor of Minnesota from 1999 to 2003. Elected on the same ticket as Jesse Ventura in 1998, she became the first Reform Party member elected as lieutenant governor of any state (The party later changed its name to the Independence Party of Minnesota). Source: Wikipedia – Mae Schunk.

Carol Molnau (Republican) served as the 46th lieutenant governor of Minnesota, from 2003 to 2011. She formerly served as head of the Minnesota Department of Transportation (Mn/DOT). She is known for her opposition to state funding of the mass transit systems of the Minneapolis–Saint Paul metropolitan area.

She was elected as a member of the Minnesota House of Representatives in 1992 and served five terms. Molnau announced she would not run for re-election after she sold her farm to developers and would no longer be living in the area she represented. She was elected Lieutenant Governor in 2002 and re-elected in 2006. Source: Wikipedia – Carol Molnau.

Yvonne Prettner Solon (DFL) served as the 47th lieutenant governor of Minnesota, from 2011 to 2015. She chose not to run for re-election.

She had been a member of the Minnesota Senate representing District 7 in the northeastern part of the state. She was first elected in a January 2002 special election held after the death of her husband on December 28, 2001. She was reelected in 2002 and 2006. Source: Wikipedia – Yvonne Prettner Solon.

Tina Smith (DFL) served as the 48th lieutenant governor of Minnesota from 2015 to 2018 before being appointed to fill the United States Senate seat vacated by Al Franken. Source: Wikipedia – Tina Smith.

A few more women have been elected to important statewide offices in MN.

Two more women have held the office of Secretary of State—Joan Growe and Mary Kiffmeyer.

Joan Ruth Anderson Growe (DFL) served 24 years from 1975 to 1999 as Secretary of State of Minnesota. Known for her work to encourage voter participation, her tenure was one of the longest of any secretary of state in Minnesota’s history. In 1984, she unsuccessfully challenged Republican U.S. Senator Rudy Boschwitz, losing the election with 41% of the vote. Source: Wikipedia – Joan Growe.

Four women have been elected as Minnesota’s State Auditor.

Judi Dutcher served as the first woman Minnesota State Auditor from 1995 to 2003. She won first as a Republican but switched to the DFL party in January 2000 based on her pro-choice and pro-gay rights stances. Source: Wikipedia – Judi Dutcher.

She was followed by three other women in the State Auditor position—Patricia Anderson, Rebecca Otto, and Julie Blaha.

Patricia “Patti” Anderson (Republican) served as the 17th State Auditor of Minnesota, from 2003 to 2007. On July 15, 2009, Anderson announced that she was running for Governor of Minnesota in the 2010 election. She touted herself as a “Libertarian-style Republican” who opposes corporate subsidies and represents the party’s shifting priorities. However, on January 12, 2010, she announced that she was withdrawing from the governor’s race and would again run for State Auditor. Anderson lost her election bid to then incumbent Rebecca Otto. Source: Wikipedia – Patricia Anderson.

Carol Johnson was the last person and the only woman to serve as Minnesota State Treasurer before the office was abolished in 2003. Elected in 1998, she assumed the office in 1999. Source: Wikipedia – Carol C. Johnson.