These Four Women Elected in 1922 to MN House of Representatives

Myrtle Agnes Cain was a lifelong women’s rights activist and labor organizer. While still a student, Cain began shaping the community-building skills that would come to define her career. While working a part-time gig with a union of telephone workers in 1918, she won better wages and working conditions for employees after leading a lengthy strike. Riding that victory, she headed a branch of the Women’s Trade Union League and landed a women’s outreach position with the American Federation of Labor. 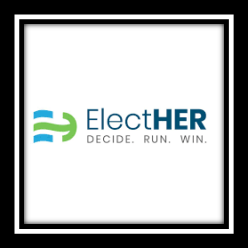 As an established women’s rights activist at the height of the suffrage movement, Cain was drawn to fight for the right to vote. Cain compiled an extensive legislative record. One of her proudest accomplishments was the passage of a bill that banned people from disguising their identities in public. The bill, which aimed to prevent Ku Klux Klan members from gathering, was the first of its kind and inspired fifteen other states to adopt similar legislation. Cain also fought to strengthen women’s rights. Her bill titled “Granting Equal Rights, Privileges, and Immunities to Both Sexes,” which was the first of its kind that demanded equal rights for women in Minnesota, proved to be too radical for its time. Cain identified with the Farmer-Labor Party. She was also a uniting influence when the divided Farmer-Labor and Democratic parties merged in 1944. Source: MNOpedia – Cain.

Sue Metzger Dickey Hough campaigned for gun control, strict capital punishment, and mandatory automobile insurance, among other issues. After four unsuccessful bids for re-election, Hough turned her attention to club work and other causes, including animal welfare and civic engagement. She identified as a Republican. Source: MNOpedia – Hough.

Hannah Jensen Kempfer was the first woman from rural Minnesota elected to the state legislature. She brought her personal knowledge of farming, education, child welfare, business, and natural resources to the House, serving nine terms in the Minnesota legislature between 1922 and 1942. She identified as an Independent.

Kempfer drew on her childhood experiences to advocate for women and children. One of the first bills she submitted after taking office defended the rights of children born to single mothers. At a time when talking about sex outside of marriage was taboo, Kempfer spoke openly on the floor of the Minnesota legislature about the circumstances of her own birth. The bill passed. Source: MNOpedia – Kempfer.

Before the ratification of the Nineteenth Amendment, Mabeth Hurd Paige was a public speaker and an advocate for women’s suffrage and helped found the Minnesota branch of the League of Women Voters. Paige also studied both art and law, and was admitted to the bar.

Although she admitted that she was reluctant to run, she explained that she sought office because she believed that women should participate more in politics after winning the right to vote. In a statement outlining her campaign, Paige said, “I have no special program, but I am as much interested in good general laws as in welfare legislation, to which I have given some special attention.” Paige identified as a Republican.

Paige retired from the Minnesota House of Representatives in 1944. At the time of her retirement, she expressed dismay that so few women had been elected to public office. Source: MNOpedia – Paige.

Other Trailblazing Women in the MN House

Karen Clark (DFL) is the first openly gay woman elected to the Minnesota House of Representatives. She served from 1981 to 2019, becoming the longest serving openly lesbian state legislator in the country. Source: Wikipedia – Karen Clark.

Edwina Garcia (DFL) was the first woman of color and Latina elected to the Minnesota Legislature. She served in the House from 1993-98. Source: Wikipedia – Edwina Garcia.

Neva Walker (DFL) was the first African American woman to serve in the Minnesota House of Representatives. She served from 2001 to 2009. Source: MN Leg Gov – Neva Walker.

Kaohly Her and Samantha Vang became the first Hmong-American women elected to the MN House of Representatives in 2018. In her 2018 campaign, Kaohly Her (DFL) won 84% of the vote. Source: Women Winning – Changemakers: Kaohly Her.

Laura Emelia Johnson Naplin, served from 1927 to 1934 in the MN State Senate. She was  elected to fill her husband’s seat after his death. She identified with the Farmer-Labor party. Source: Wikitree – Johnson.

It wasn’t until 1975 that a woman was elected in her own right to the MN State Senate. Nancy Brataas (Republican) was from Rochester and served 17 years. SOurce: Wikipedia – Minnesota Senate Pioneer Nancy Brataas.

Mee Moua (DFL) was the first Hmong American woman elected to a state legislature. She served two terms from 2002 to 2011 in the MN State Senate. Source: Wikipedia – Mee Moua.