Kamala Harris now holds the highest position of any woman in American history as the first woman and woman of color to become Vice President in the United States. She previously served as district attorney of San Francisco and California, as well as the junior United States Senator for California. She was the second Black woman and first South Asian American to serve as U.S. Senator.

That it happened during the centennial of the 19th Amendment, which expanded some women’s political participation while women like Kamala Harris remained excluded, is all the more symbolic. 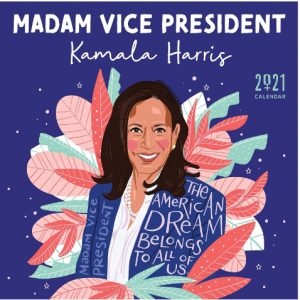 This article is worth a read on Kamala Harris’ background.

Black women have been the backbone of the Democratic Party. They are the demographic that most consistently delivers the votes to Democratic candidates, but historically have not been rewarded for the difference that they have made to election outcomes. Until now.

Black women have more than earned this seat at the most powerful table. Harris will bring her gender and race lens to the White House and will have the positional power to have an impact on policy in ways we have never seen before. By selecting Harris as his running mate, Joe Biden sent a strong message that the face of the future of the Democratic Party is female and a person of color.

“So many of the Black women who helped secure that victory were still prohibited from voting, long after its ratification,” Harris said when accepting her nomination for Vice President. She ran through a list of Black women who were firsts in their own time, such as Constance Baker Motley, the first Black woman appointed as a federal judge and the first to argue a case before the United States Supreme Court, and Shirley Chisholm, the first Black woman elected to Congress and the first to run for President. “These women inspired us to pick up the torch and fight on,” she said.

Her win puts to rest the question of the electability of women to high office—a question that haunted both the women and people of color who ran for the Democratic nomination this cycle. To women and girls of all walks of life, of every political persuasion, Harris’s ascension to the vice presidency broadens the horizons of the possible.