Although Minnesotan Eugenia Anderson was the first woman to hold ambassadorial rank for the United States, Pocahontas visited England in the early 1600s in what might have been considered an ambassadorial role for her father, an important Indigenous leader of his day in what became part of the eastern U.S. 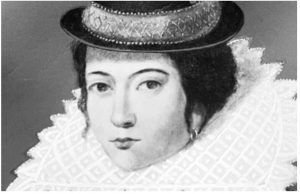 Pocahontas was not a princess in Powhatan culture, but the Virginia Company presented her as one to the English public because she was the daughter of an important chief. Many English at that time recognized Powhatan, Pocahontas’ father, as the ruler of an empire, and presumably accorded to his daughter what they considered appropriate status. Cleric and travel writer Samuel Purchas recalled meeting Pocahontas in London, noting that she impressed those whom she met because she “carried her self as the daughter of a king”. When John Smith met her again in London, even he (who may have had his life saved by her in 1607), referred to her deferentially as a “King’s daughter”. Source: Wikipedia – Pocahontas.