We want to share a few Nationwide “firsts” for women as a result of the 2020 elections.

Yvette Herrell is the first Native American Republican woman to serve in Congress. She is a member of the Cherokee Nation and was for a couple months a part of the historic New Mexico delegation where all three of the state’s congressional representatives were women of color including Teresa Leger Fernandez and Debra Haaland. With Haaland’s appointment as Secretary of the Interior, New Mexico will vote on her replacement in June. Likely Democratic candidates are both women while the Republican candidate is male. 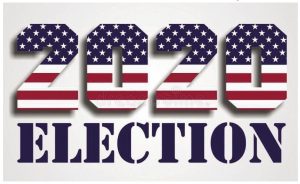 Nancy Mace, the first female to graduate from Citadel Military College, shattered more ceilings as she became the first Republican woman to represent South Carolina in Congress. Mace is also only the second woman, Republican or Democrat, ever elected to serve a full congressional term in the state.

Susan Collins assumed office in 1997 and has now become the longest serving Republican woman in US history. She is considered a senior United States Senator.

Sarah McBride has become the highest-ranking openly transgender official becoming a U.S. state senator for Delaware. She is often credited with the passing of Delaware legislation banning discrimination on the basis of gender identity.

Cynthia Lummis is the first woman to ever represent Wyoming in the U.S. Senate. She served in Wyoming state politics from 1979-2007 and as a U.S. Representative for the state from 2009 to 2017.

Ashley Hinson is the first Republican female U.S. House Representative to be elected from Iowa. Previously, Hinson worked as a reporter in Cedar Rapids and as a member of the Iowa House of Representatives where she was the first woman to represent her district.

As a new member of the House of Representatives, Stephanie Bice is the first Iranian-American ever elected to Congress. From 2014 to 2020, she served in the Oklahoma State Senate.

Cori Bush is Missouri’s first Black female representative to ever serve in the U.S. Congress. She previously worked as an ordained pastor, a registered nurse, in childcare, as the co-director of The Truth Telling Project, and as an Ambassador with the King Center.

Iowa’s congressional delegation became majority female for the first time in state history. This comes only six years after Senator Ernst became the first woman from Iowa to go to Congress. Source: Rutgers – Women US House of Representatives 2020.