Last year was a busy one for Minnesota NOW!

In January we celebrated the anniversary of Roe v. Wade with cupcakes and feminist fun. Here’s a photo of one participant getting their “declaration of bodily autonomy” signed by a Supreme Court judge (AKA Repro Rights committee member). 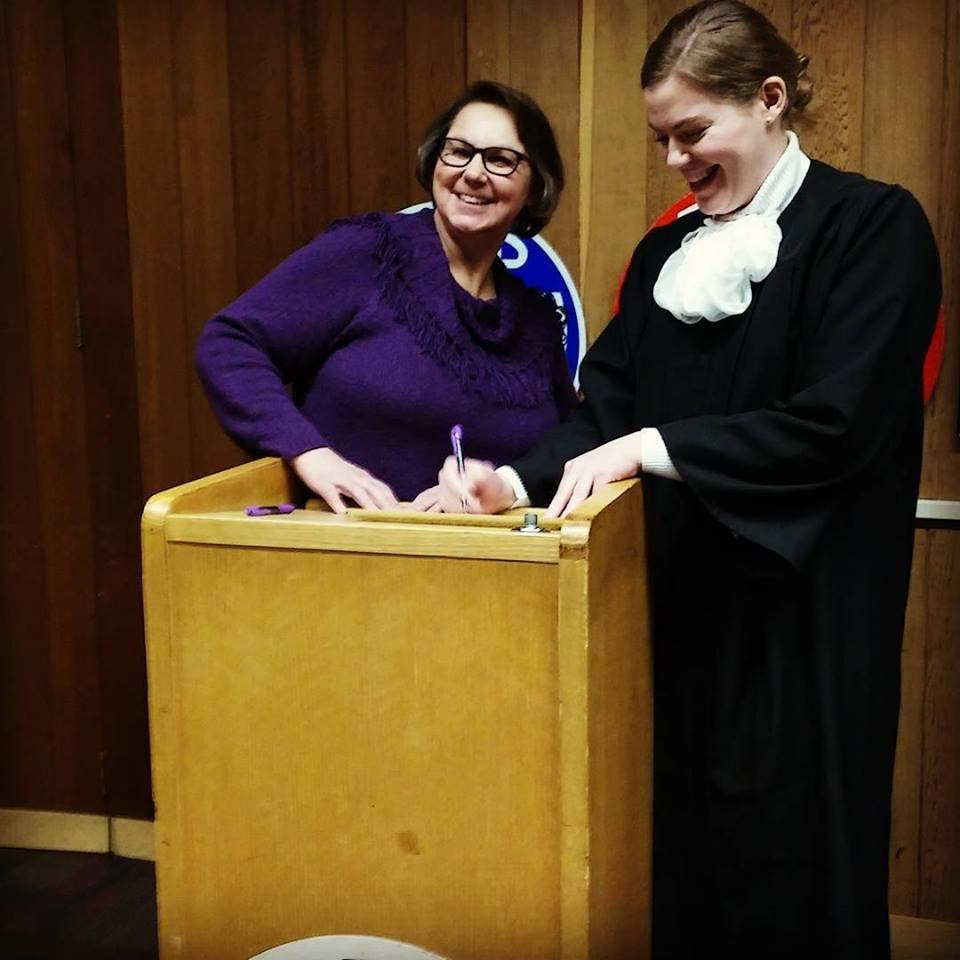 We held our state conference in April at Normandale Community College. Attendees discussed the presidential election and heard from nonprofit organizations like Planned Parenthood and Communities United Against Police Brutality/the Committee for Professional Policing. Awards were given to deserving MN NOW activists and new board members were elected.

Volunteers tabled at the Pride festival in June, while other Minnesota NOW activists attended the National NOW Conference and the Whole Woman’s Health rally in Washington, DC.

In August we hosted our Women’s Equality Day Happy Hour at Fabulous Fern’s. State Senator Dick Cohen stopped by to talk about state efforts to pass an Equal Rights Amendment.

In November, Donald Trump was elected President and Republicans maintained control of Congress. The Minnesota House and Senate are now controlled by Republicans as well.

We played board games and ate yummy food at our holiday party in December.

We also hosted several activist open houses, volunteered on political campaigns, and ramped up our committee work in 2016.

This year we’re going to be playing a lot of defense. Our governor, Mark Dayton, is a pretty strong ally on most of our issues but those in power at the federal level are not. Stay tuned to our website for upcoming events and action alerts.