Changemakers see extraordinary opportunities in everyday occurrences. They apply their talents to shape the society we share, and fearlessly approach new territory, knowing the frontier broadens as they arrive.

“Changemakers on the Rise” Panel

Arique Aguilar, Lead Organizer at TakeAction MN and manager of the Womxn of Color Table 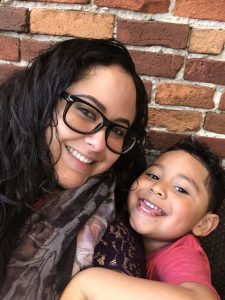 Arique Aguilar is Lead Organizer at TakeAction MN and manager of the Womxn of Color Table. She developed the Political Healers organizing method that is now utilized to guide the centering of race and gender in 10 other organizations nationwide. Locally, she leads electoral and leadership development of Womxn of Color and trains others on how to leverage their race and gender while centering the liberation of Womxn of Color from a place absent of performative allyship and instead with intentional collaboration. Currently, Arique’s projects involve a state-wide co-created (with 1,000 WOC) WOC Agenda, a 3,000 statewide voting effort for the the Primaries on August 14th by hosting a WOC Gubernatorial Candidate Forum on August 4th. The work is to make sure that the Gubernatorial candidates enter a co-governing relationship with the Womxn of Color Table and TakeAction Minnesota as a whole. 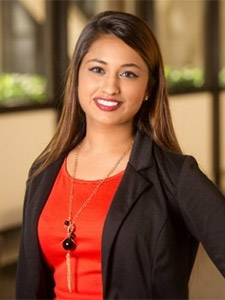 Amanda is a first generation American Indo-Guyanese. She has a Bachelor of Science degree in Family Social Science, a Master of Social Work (MSW), and a Master of Public Policy from the University of Minnesota. Her professional career has been rooted in social and racial justice, and has included work related to issues of poverty, housing/homelessness, mental illness, domestic violence, sexual violence, and human trafficking. Amanda currently works as an administrative manager at Hennepin County coordinating anti-sex trafficking efforts and she is the co-founder of the People of Color Employee Resource Group. Amanda serves on the board of the Domestic Abuse Project, is the co-director of New Leaders Council- Twin Cities, serves on the Women Winning LAUNCH committee, and was recently named 40 Under 40 by the Minneapolis/St. Paul Business Journal. 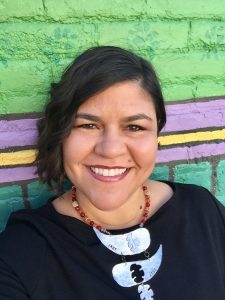 Migdalia oversees the Education & Outreach Department’s activities throughout Minnesota and North Dakota, including culturally-responsive youth and adult programming within African immigrant, American Indian, Latino, Southeast Asian, and LGBTQI communities. She co-founded Planned Parenthood’s Entre Amigas Lay Health Advisor program which trains Latinas on sexual and reproductive health, peer education, and advocacy skills. She has experience in organizational leadership, community organizing, and project management, as well as community-level interventions. Migdalia serves on the Seward Community Co-op board, and has been involved in groups advancing food justice and sovereignty in MN. Most recently, Migdalia was one of the founding members of the Coalición de Boricuas en Minnesota, which formed in the fall 2017, soon after Hurricane María devastated Puerto Rico, to coordinate the local response to support hurricane recovery efforts. Migdalia has also been involved in local and national grassroots initiatives over the past two decades, from working to free Puerto Rican political prisoners, to fighting for immigration reform. 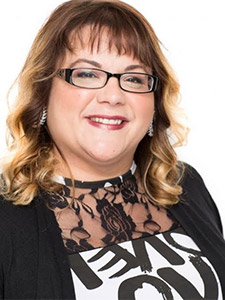 Sarah Curtiss, Co-Executive Director at Men As Peacemakers, has worked for Men As Peacemakers since 2015. Prior to joining Men As Peacemakers, she spent six year providing training and technical assistance for tribal communities both nationally and locally as the director of the Sacred Hoop Coalition through Mending the Sacred Hoop. Sarah has worked in the anti-violence field for over 15 years and began her career as a women’s advocate for the Dabinoo’Igan shelter and coordinated the Giiwe Mobile team, which provided housing and support to long-term homeless Native families in Duluth, Minnesota. In her work at Men As Peacemakers, Sarah utilizes primary preventions tools to work with communities to systematically shape their environment to prevent violence against women. Sarah is the Keeper of Traditional Ways (Board President) for the Minnesota Indian Women’s Sexual Assault Coalition, and is a founding member of the Native Sisters Society. Her greatest accomplishment, in her opinion, is that she is the mother to a dynamic and funny son named Allan. 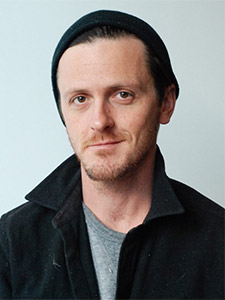 As the Campus Prevention Coordinator at Men As Peacemakers Sean develops and facilitates innovative sexual violence prevention resources focused on college campuses. Sean has extensive experience engaging men in violence prevention through his tenure at Men As Peacemakers. Sean has a BFA and is highly skilled in graphic design, web development, as well as the development of web-based and print resources.

Minnesota NOW is seeking nominations for our annual awards. The Feminist of the Year Award recognizes an outstanding NOW member. The Charlotte Striebel Long Distance Runner Award honors a lifetime of work for women’s equality. Nominations should be sent to Minnesota NOW President Ami Wazlawik at pres@mnnow.org by April 1, 2018.

Any NOW member who lives in Minnesota and has been a member for at least 30 days before the conference is allowed to vote at the State Conference. To vote, a NOW member must be credentialed, which requires either a NOW membership card, listing of your name and a membership expiration date on a national NOW membership record, a cancelled check payable to NOW, or written verification by a chapter or state treasurer.

Elections for the officers of Minnesota NOW will be held during the conference. All positions are up for election. All officers are elected to one-year terms. Only members in good standing in National NOW for not less than one year and in Minnesota NOW for not less than three months prior to the conference are eligible to hold these offices. Those interested in running for any of the positions should submit this form by April 13, 2018. View officer positions.

The State Conference is also the time when at-large members (those members of Minnesota NOW not affiliated with a chapter) elect their representatives. We will be electing at-large state board members at this year’s conference.

Resolutions are requested to be submitted in advance to Minnesota NOW by April 13, 2018. Sub-mission via email (action@mnnow.org) is preferred, but typed hard copies are accepted. Include the name and telephone number of the author. Resolutions may also be submitted from the floor during the Plenary session (Please bring copies for everyone present to read).

Please contact Minnesota NOW at action@mnnow.org by April 13, 2018 if you have special needs, wish to request a scholarship to cover all or partial registration fee, or need or can provide a ride.

It is a policy of all NOW units that official meetings shall be scent-free. We ask that all attendees refrain from wearing scented products, including perfume and scented lotions.